In the year 2016, some tragic happened to me. My mother passed away. There was so much personal drama going on in that household that honestly, I had to get away from it. So,  I went to visit my two best friends who live in Atlanta, Georgia. I had a fun time with them. We were all sitting in my hotel room talking about we should take a vacation. Where did we want to go? One of us, being either me or my friends (can’t quite remember) but one of us suggested California 2017, for my birthday. Of course, we all agreed that this was a good idea. Fast forward to July 2017. I had gotten four hours of sleep on the day of my plane taking off, I woke up at around 6:30 was dressed and outside waiting for an Uber at 7:30. My flight wasn’t until 10:30. Honestly, I was over prepared.  Didn’t go through traffic, and yet still got there too early. Anyway, finally, it’s time to board the plane. It was 5 hours, non-stop flight. Honestly, I checked the time so much because I was just ready to be in California.

Five very long hours later I was about to land, I took this very shitty picture. There was a kid next to me who kept bumping into me and the mother was watching him do it and said nothing. 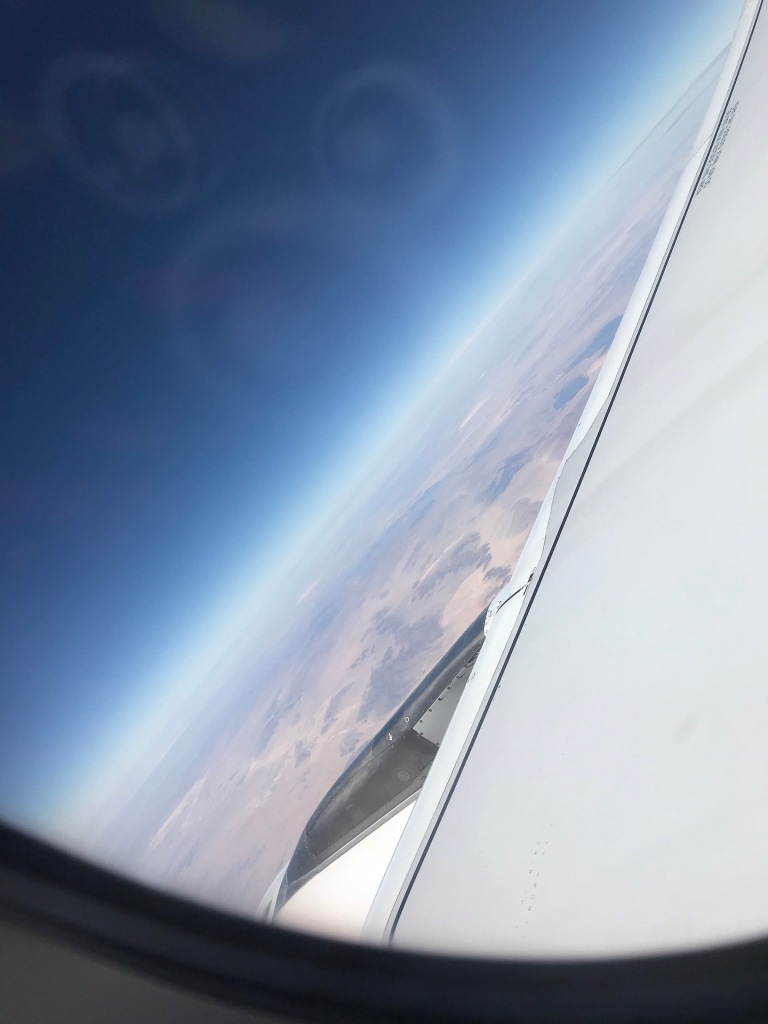 It would have been so better if this child wasn’t digging their elbow into my side.

This is a text widget. The Text Widget allows you to add text or HTML to your sidebar. You can use a text widget to display text, links, images, HTML, or a combination of these. Edit them in the Widget section of the Customizer.